As with any other piece of machinery, Xbox 360’s undergo general wear and tear. Depending on how frequently and for how long a period of time you use your Xbox 360 in one sitting, your Xbox could begin experiencing problem sooner or later. Considering that an Xbox 360 is an expensive piece of gaming equipment, you obviously don’t want to have to buy a new one. Call Gadget Fix for Xbox cleaning and tune-up services.

If you’re noticing issues here and there with your Xbox 360, it might just need some maintenance work on it to restore it to better operating conditions. Gadget Fix provides an Xbox 360 cleaning and tune-up service at an affordable price. We’re also able to return your Xbox to you faster than the manufacturer. If you have questions about whether we’re able to fix the problems you’re experiencing with your Xbox 360, give us a call. 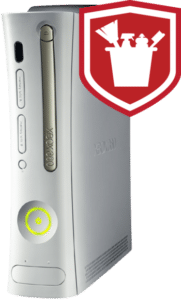