On the Xbox 360, flashing red lights around the power button are known as the Xbox “Red Ring of Death” (RROD). These lights are an indication of a hardware failure, typically brought on by overheating. Too much heat coupled with poor air circulation can cause the solder joints on the CPU and GPU to warp. This disfigurement causes them to separate over time, rendering your Xbox inoperable until they are fixed.

Of course, this problem always seems to occur at the worst possible time: when you have the day off, when you’ve just purchased a new game, when you’re in the middle of a challenging level. Fortunately, with Gadget Fix’s Xbox 360 Red Ring of Death repair service, it’s possible to easily fix this problem. 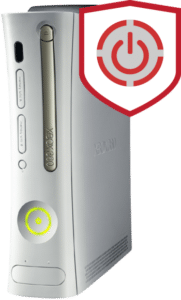